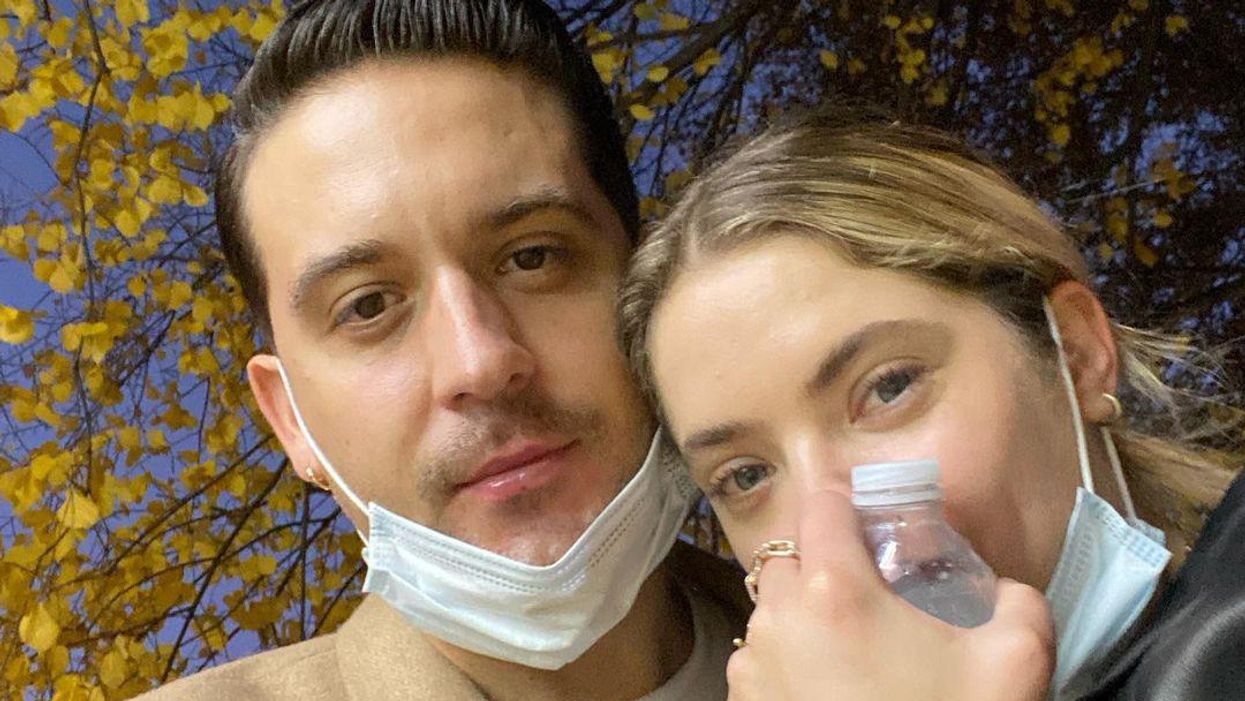 It was Ashley Benson's birthday on Friday, and G-Eazy took the opportunity to let the world know how he feels about her.

The rapper posted a gallery of sweet photos featuring the birthday girl. He captioned it, "Happy birthday beautiful @ashleybenson I love you to the moon & back."

This isn't the first time G-Eazy has posted photos of Benson. They made it "Instagram official" back in November, when he posted photos from Halloween 2020 with the two of them in a couple's costume. He was dressed as Batman, and Benson was dressed as Catwoman — though they didn't really say anything about the nature of their relationship.

Back in October, a source told E! News that the rapper and Spring Breakers actor "are very serious about each other." The source also said that "They have been inseparable for months and are basically living together at this point." E! also reports that Benson brought her beau as a date to her sister's wedding in September.

The pair first sparked dating rumors in May, after Benson and model Cara Delevingne broke up. They then got a lot of backlash, with nasty comments saying that it was Benson's alleged cheating that had caused the split. Delevingne came to her defense, and responded, "To everyone hating on @ashleybenson please stop. You don't know the truth, only her and I do and that's exactly how it should be."