West Dakota Brings Collina Strada to Life at the Met


The act of staging a photoshoot inside one of the world's busiest museums would have been virtually impossible to pull off pre-pandemic times. But with visitor numbers at historic lows due to ongoing capacity restrictions, The Metropolitan Museum of Art is suddenly the perfect setting for an off-the-cuff fashion shoot.


It also happens to be a space where Collina Strada's pop art prints and trippy colors feel perfectly at home. West Dakota, the drag performer and fashion muse to brands like Gypsy Sport and Chromat, recently modeled the looks from the label's Spring 2021 collection inside the empty halls of the Met, where designer Hillary Taymour's psychedelic patterns and off-kilter silhouettes provide a striking contrast against the grand columns and ancient statues. 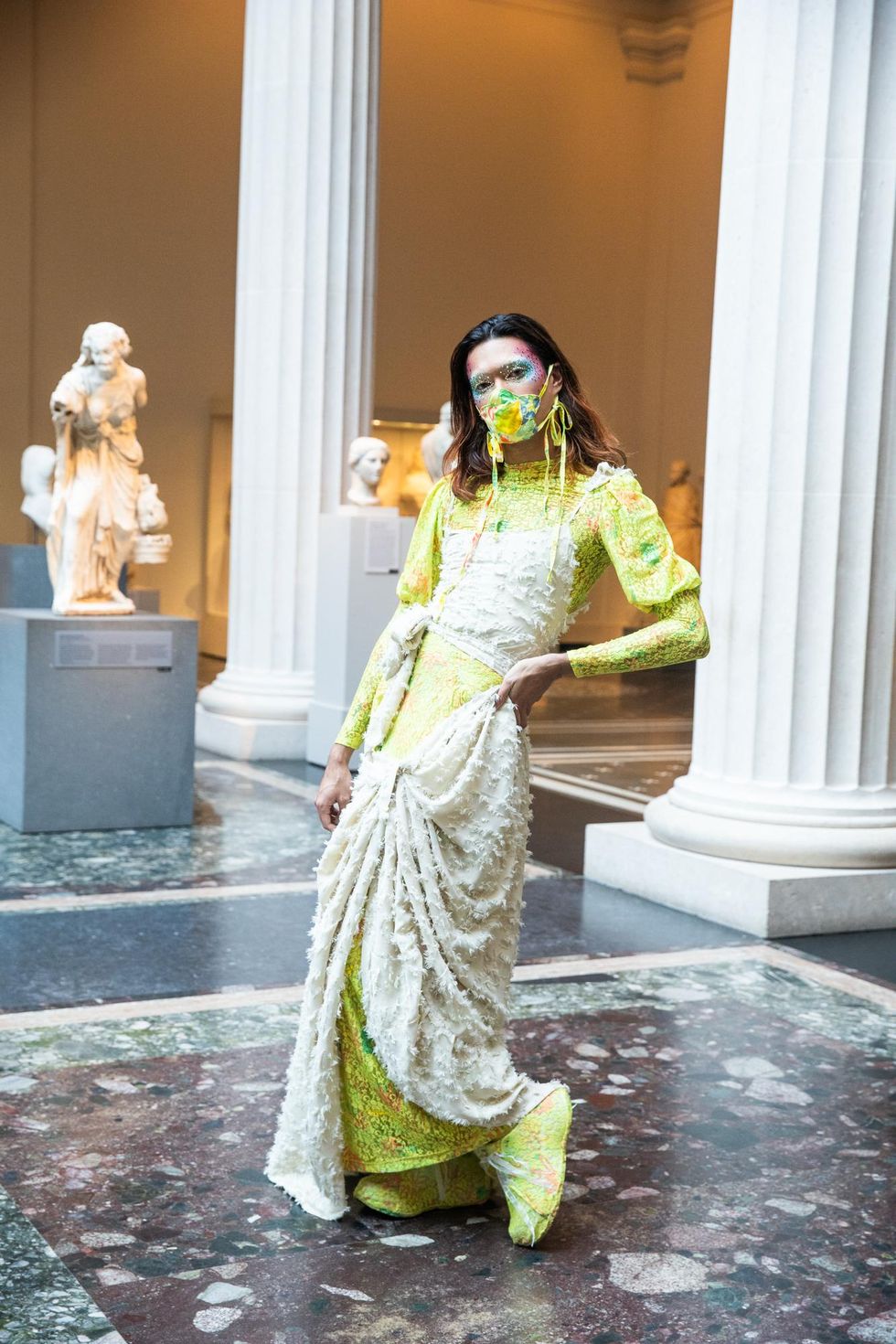 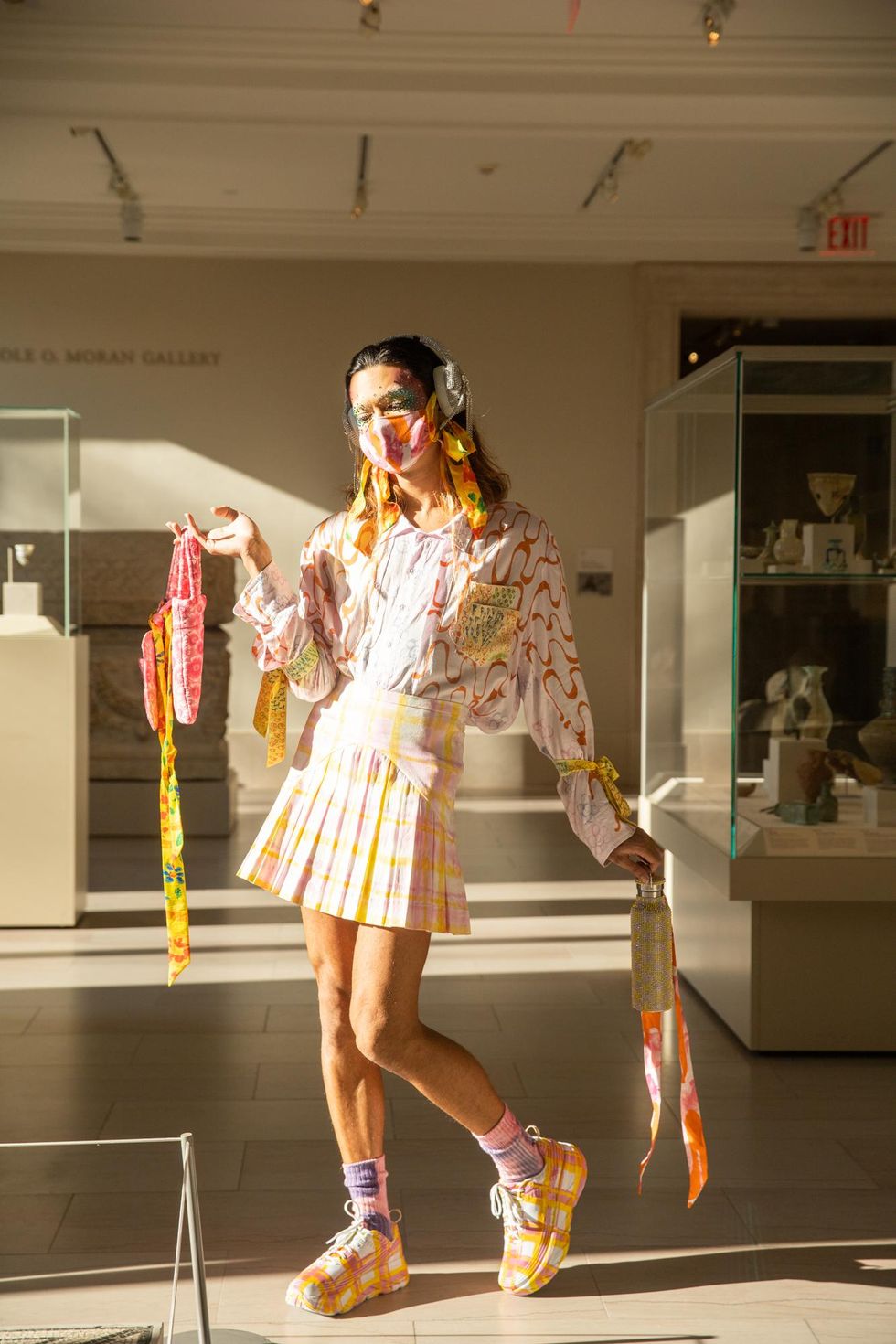 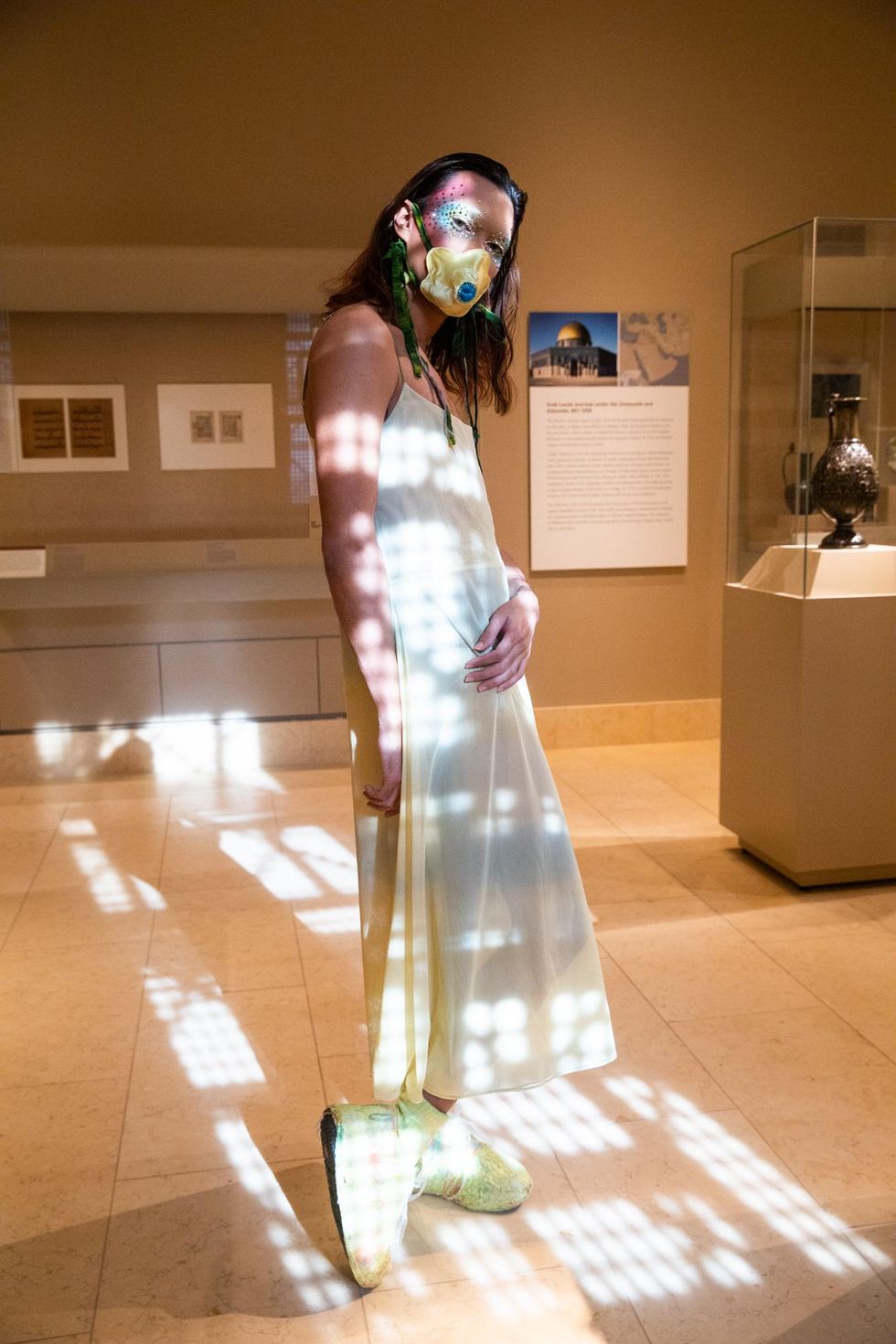 The collection debuted last September through a video co-directed with Charlie Engman titled "Change is Cute" on characters like trailblazer Aaron Philip, author Kimberly Drew and poet Precious Okoyomon. References to sustainability were embedded throughout the film, and most of the clothes were upcycled from old materials. Collina Strada's clothes are brought to life by Dakota, who sported several matching face masks with each look.


"It was really a breath of time to stop and rethink how much product we are pumping out to consumers," Taymour previously told PAPER. "2020 has allowed me to truly think outside the box on how I show the world my collections, giving me space to redefine a fashion show and create digital content that really speaks to the brand." 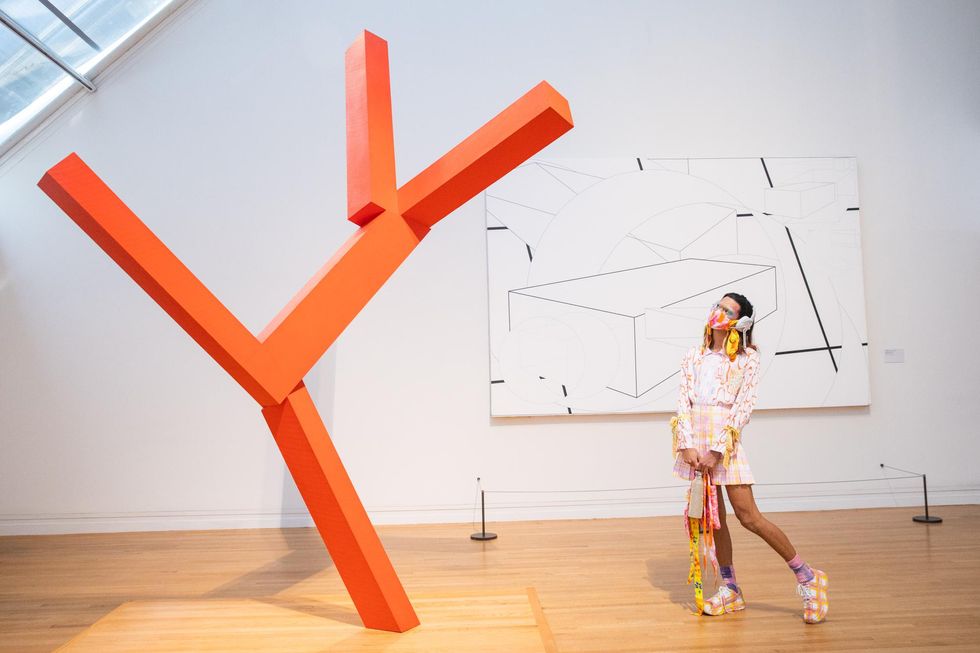 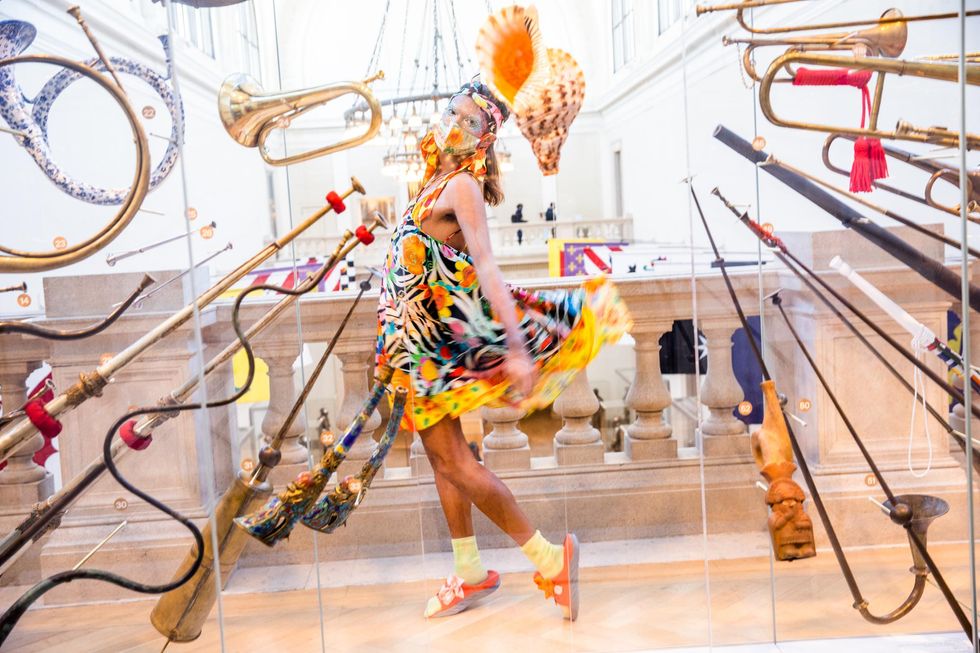 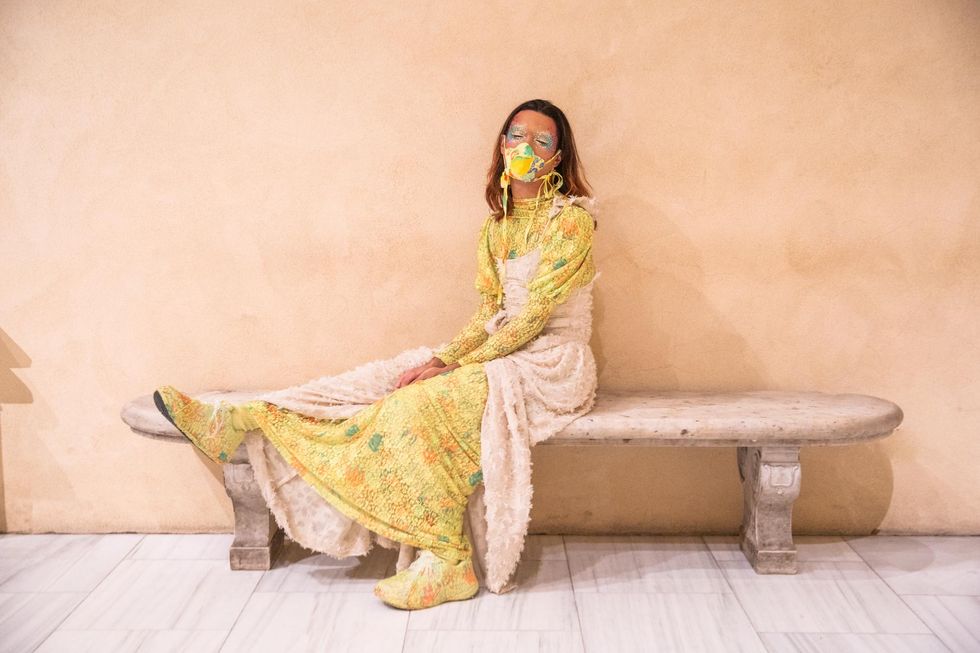 Hatnim Lee, who shot the images, had been thinking a lot about art and the idea of physically experiencing it amidst everything going on in the world. Dakota posed alongside several sparse museum goers as a nod to the work of photographer Thomas Struth, while Donna Tartt's book The Goldfinch (which early on takes place in The Met) served as another source of inspiration.


Taking Collina Strada's collection out of the digital realm and into real life, Dakota demonstrates the versatility of the brand's clothes, which feel just as suited for the Brooklyn crowd as they do uptown. In a press statement issued by the brand when its film debuted, their goal was to "construct a new virtual world of inclusiveness and joy." In the Met and the tangible world beyond, these clothes do just that. 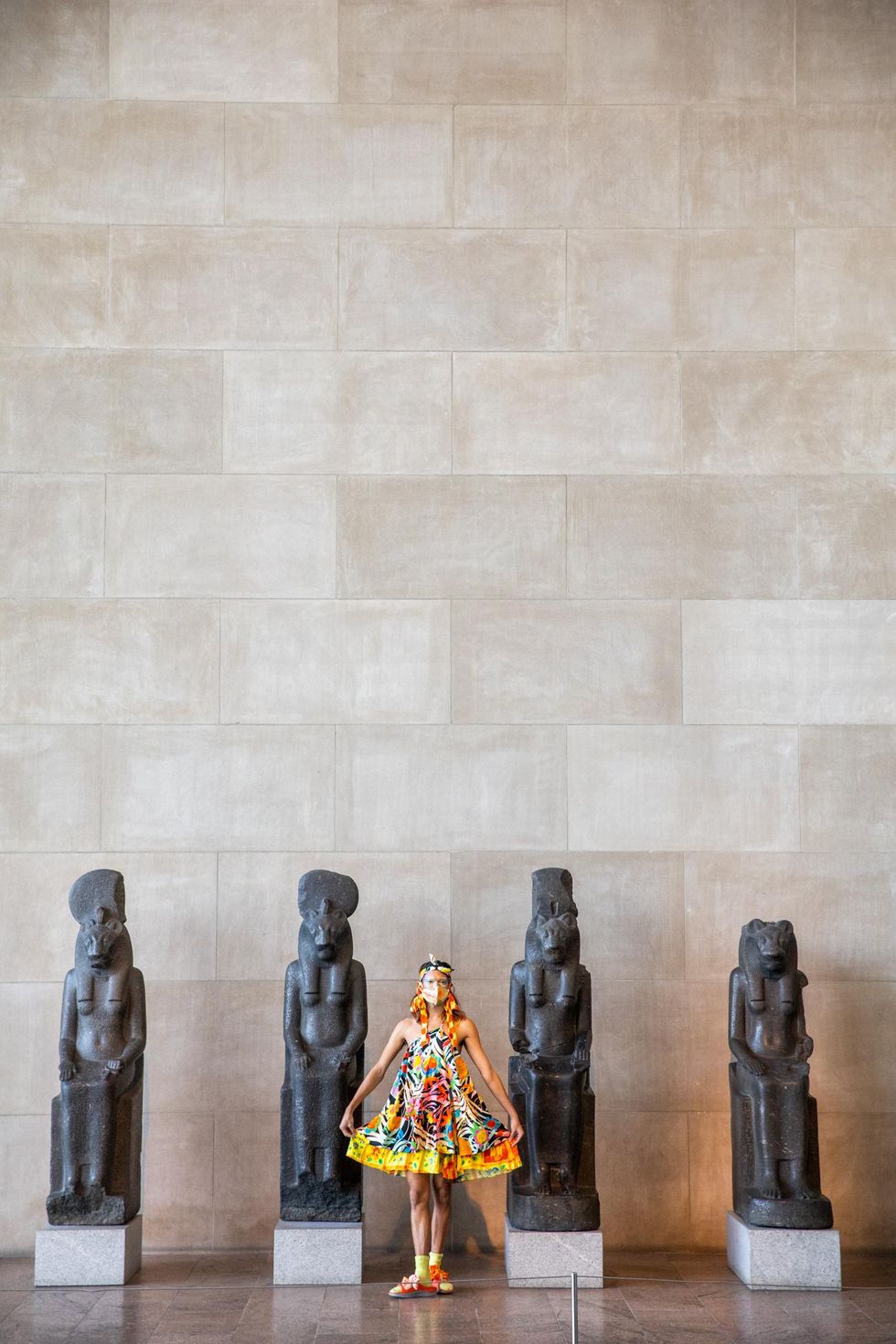 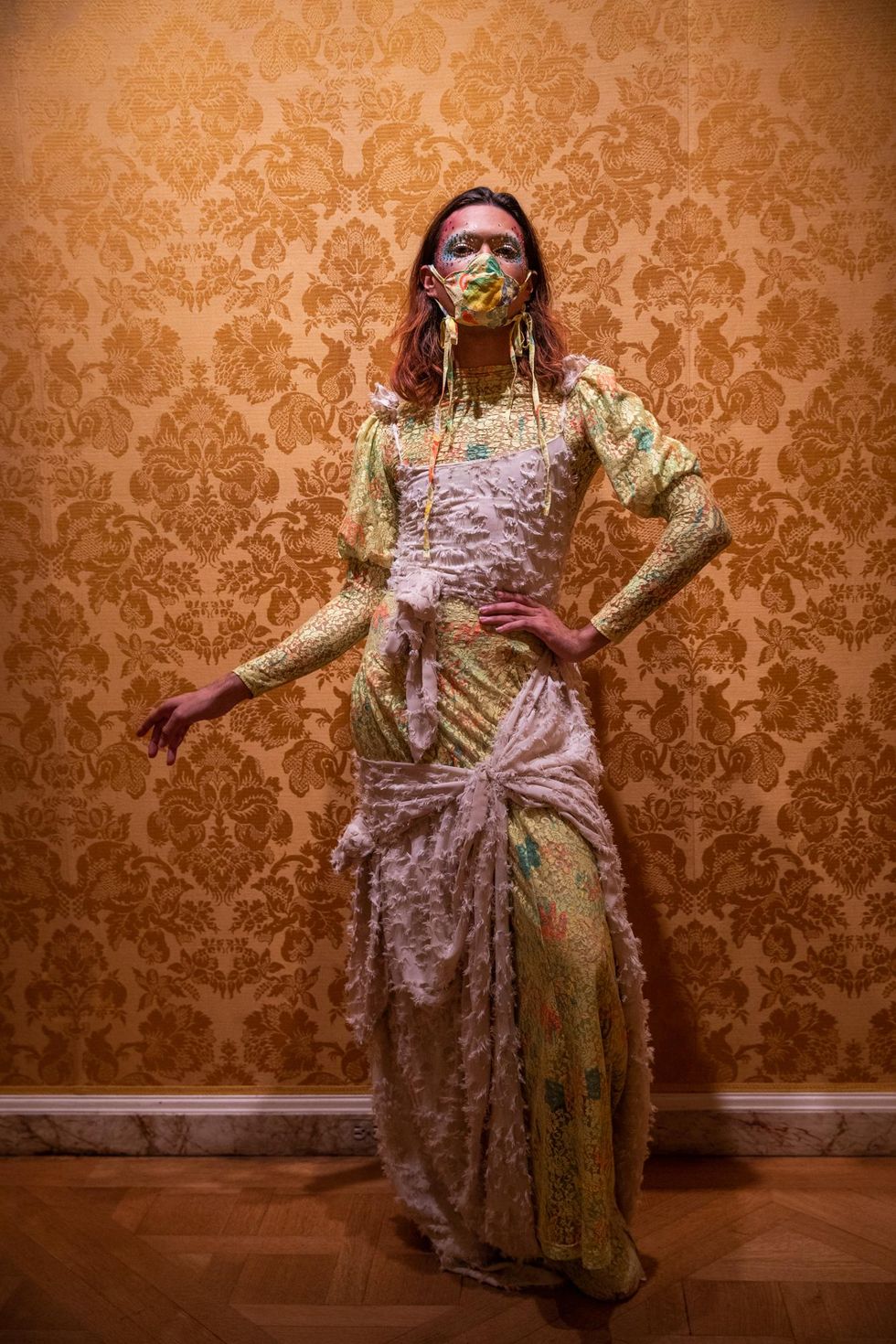 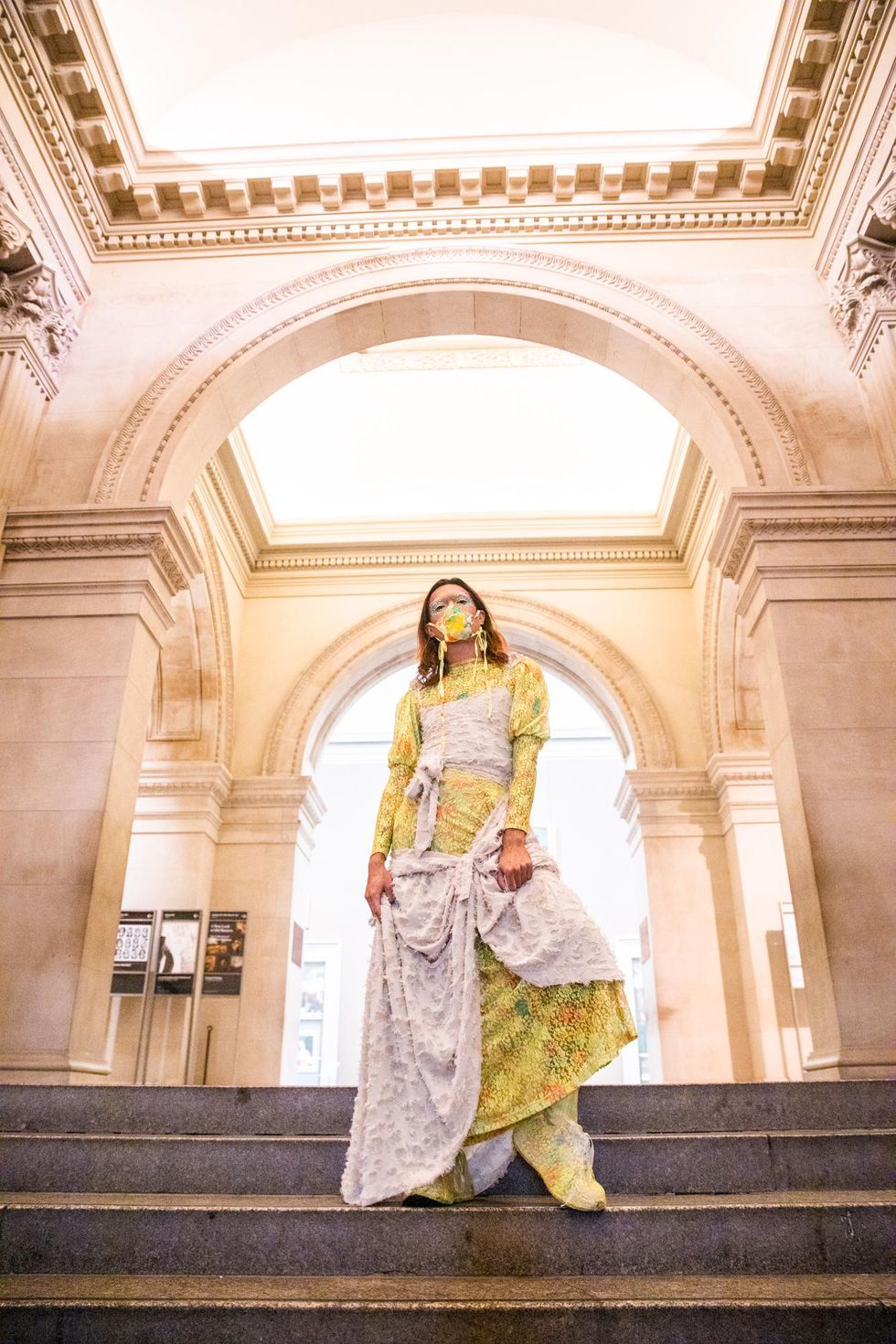 An ephemeral tattoo process has been created by Ephemeral. After six years of development, this young American compan...
Read More